“I need your kiss, but love and duty called you someplace higher
Somewhere up the stairs into the fire…”

I’ve mentioned before that I think the negative reaction to Human Touch and Lucky Town gave more of a knock to Springsteen’s confidence than he’d be willing to let on; rather than follow Greatest Hits with a full blown reunion and band album he went the solo route and still wasn’t convinced that the Reunion Tour was a good thing practically up until the last minute. When that tour finished in July 2000, many assumed the next logical step would be to get the reconstituted band into the studio for a new album, presumably featuring some of the new songs they’d aired during that tour. 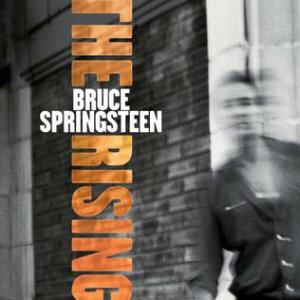 But… not quite. Instead Bruce spent roughly half a year logging up solo recording sessions, perhaps wary of going for another ‘rock’ album after so many years. Indeed, during press for The Rising he admitted hesitancy at returning to his ‘rock voice’.  Then, in March 2001, Bruce assembled his then core production team of Landau and Chuck Plotkin with Toby Scott recording and bought the E Street Band into New York’s Hit Factory. A handful of songs were recorded but the results… didn’t jump. It seems hard to think that with the band at full power a recording could be flat but it had happened before when he struggled with the sound on The River and Bruce has admitted that he realised he was now a better writer and singer than he was a producer and that modern techniques and equipment were simply unknown to him. He also felt that there was no unifying theme to bind the tracks written thus far into a ‘record’. If Bruce and the E Street Band were to move into the new millennium as anything other than an oldies touring act, he needed a new sound and a subject.

Then everything changed one terrifying and tragic September morning.

On his way home to his wife and kids that morning Bruce was sat at a stop sign. The driver of a car hurtling down the off-ramp recognised him, wound his window down and, as he drove past, shouted “Bruce, we need you now!” Bruce got the message, he just didn’t know how he could respond. Whether it was the call from the car or Bruce reading obituary after obituary mentioning victims being his fans*, but as he found himself glued to footage and, watching the firefighters making the ultimate sacrifice, climbing up the stairs, bidding goodbye to this world and stepping into the unknown… the songs started coming with ‘Into The Fire’.**

Some years prior, the president of Sony Records had mentioned to Bruce that producer Brendan O’Brien (Pearl Jam, RATM, STP amongst many others) had mentioned a desire to work with him. The two connected, met up and Springsteen played him a couple of tracks he’d written. Now, O’Brien is a very hands-on producer, in search of the ‘song’ he’ll roll up his sleeves and get stuck in. This doesn’t always please the artists. By all accounts his sessions with Aerosmith in 2009 were fraught with tension between him and Tyler partly due to the frontman’s displeasure at O’Brien’s methods**. When Springsteen played him ‘You’re Missing’, O’Brien jumped straight in re-arranging. Initially he believed Springsteen was impressed, though he later found out The Boss wasn’t so happy at the idea but realised this might be needed: “At one point Brendan said, ‘Well, I think we should find another chord for this spot.’ I said, ‘Find another chord?! Wait a minute, now! Hold on, hold on! Those are the chords!’ But then I’m thinking that my job now as the producee, is to say yes.” They cut the demo and Brendan told Bruce “this is good, now go write some more”.

When recording on The Rising began in late January 2002 at Southern Tracks in Atlanta, it was out with the old and in with the new. Brendan O’Brien produced and mixed and recording was handled by Nick DiDia. In the past Springsteen album sessions were long and laborious. As Van Zandt, back in the band sharing second guitar duties with Nils Lofgren, Bruce would “write a bunch of songs, we’d record them, then, you know, hang out for a bit. He’d write another bunch of songs, we’d record them. What would happen is, we’d always do two or three or four records before one finally came out.” For The Rising the band would run through the song a couple of times and O’Brien would call time to record. Recording sessions for the last E Street Band album, Born in the USA, took over two years. Recording sessions for The Rising took seven and a half weeks. 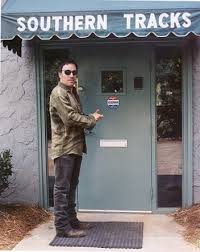 The first new Bruce Springsteen album I bought on day of release, The Rising is the sound of Bruce and his band embarking on a new era, re-galvanised and sounding tighter and tougher than before, songs focused and punchier than in over a decade. Bruce said of the change in sound that “I heard the way we sound right now. Today. And I said, ‘Well, that’s what we need to do.’ If somebody has all our other records, I want to make sure they don’t have this one. You can’t replace this one with some of the other ones.”

O’Brien’s touch isn’t as heavy-handed and obvious as a later producer would be, the altering of the band’s sound more of an update than an overhaul. His work seems to be more in finding the essence of a song, distilling it down and bringing different sounds to the forefront – the guitar tone on here eclipsing that of Lucky Town / Human Touch for example – and adding subtle touches to the overall palette.

The Rising never tackles the theme of September 11th directly, but it’s shadow can be felt across the album. With ‘Your Missing’ and ‘Into The Fire’ nine of the album’s fifteen tracks were written post 9/11 while ‘Nothingman’ and ‘My City Of Ruins’ fit the overall feel perfectly.

While not quite the finest record of the Bruce V2 era it’s certainly up there higher than most of his recorded output since and marked a fine return to form. I’m not a fan of ‘Waitin’ On A Sunny Day,’ nor am I that bothered about ‘Lets Be Friends (Skin to Skin)’ but I find it hard to find a fault with the rest of the album and it gets many a play. These are songs of loss, sure, but they’re also songs of finding strength in that loss. Songs of love, faith and power. Themes Springsteen had sung of throughout his career and, with the rejuvenation offered by The Rising, would go on to do so into a new chapter of his career.

*Bruce would reach out to the families of those victims, talking and consoling at length.

**’Into the Fire’ wasn’t finished just yet so come the A Tribute To Heroes concert it was ‘My City Of Ruins’, written previously for Asbury Park, that Bruce played.

***The band was already fraught with tension, Tyler was using again and were abandoned much to the chagrin of other members even after, according to Brad Whitford, O’Brien “bent over backwards to do whatever he could to make Steven comfortable”.

9 thoughts on “Least to Most: Bruce – The Rising”